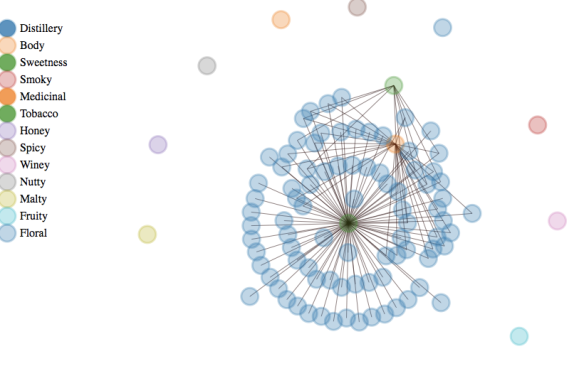 I recently recapped on some of the datavis languages, and some books I’ve found useful to get started with them. I didn’t talk about the more conversational/popsci end of things, so I thought I’d mention some of those here. The previous post would be useful for people with some programming chops , or masters- and Phd- level students; the books here should be accessible to most, or useful as context for undergrads. This is nowhere near comprehensive, I’ll add more as additional blogposts as I go along

First, the venerable classics:
David McCandless‘ Information is Beautiful is the coffee table book of the genre, selling millions of copies and spawning an awards. McCandless’ work is well-liked by many, but not universally so – and some people just don’t like Infographics much. Edward Tufte is incredibly influential, The Visual Display of Quantitative Information being his most read. (I think) I’ve said before that I don’t tend to agree with everything he has to say – his redesign of the scatter graph just isn’t going to catch on – and his “data/ink ratio” heuristic has the danger of leading to visuals so information-rich that no one knows what’s going on (although I don’t believe that’s what he intended). He is a critical thinker, though, and a talented designer in his own right, and rightly cited in any discussion on information design. Beautiful Visualisation, edited by Julie Steele and Noah Illinsky is a good showcase of visual design, but given it’s an edited collection, has less of an authorial position than Tufte.

Datavis for data journalism seems to be a growing literary genre – The Data Journalism Handbook (various authors) is a good roundup of data journalism case studies, focussed on journalism as much as data. Simon Rogers (formerly of the Guardian datablog, now twitter) released Facts are Sacred last year, which sits somewhere between McCandless and the above. It has some quite nice case studies, but the image quality is not always what it should be for a vis book. Incidentally, CASA podcast The Global Lab interviewed John Burn-Murdoch (formerly of the guardian datablog, with FT interactive at time of writing) who gives a very good overview of what data journalism is and how to get into it.

I was very impressed with Alberto Cairo‘s The Functional Art; Cairo is an experienced data journalist and visual designer, and in this 2013 book, weaves questions of journalistic practice in to some quite detailed exploration of the principles of visual design and perception. He illustrates this using personal case studies and interviews with key practitioners. To my mind, this is one of the best recent books on the subject – a disadvantage for researchers or scientists is that it tends to focus on news media and infographics more than datavis. But it marries journalism and graphic design wonderfully, even offering balanced critique of Tufte, who people often seem reluctant to criticise by virtue of his stature.

Nathan Yau‘s FlowingData website is must read for datavis, and his technical book on the subject is great. Last year’s Data Points is his foray into more popular style, and is well-designed and full of great example visuals and discussions of datavis and some general design principles. To my mind, this long arc is less compelling than his individual examples, but this is something I find with many vis books I read (/see?), so it might just be my preference. Certainly it’s well designed, but while the print quality is generally good, some of the more detailed images suffer a bit from the smaller format. But at least it’s small enough to read it on the tube. One in the eye* for Tufte and McCandless.

Although it’s not a book (yet!), wtfviz.net is worth a look – it finds a terrible visualisation, says pithy and sarcastic things about it, and moves on to the next. It is a fun antidote to serious journalists talking seriously about the importance of telling stories and serious graphic designers eulogising about hand drawn piecharts, and a good palate cleanser if you’re working your way through these.

Finally, if you’re reading this at time of publishing and you’re London-based, the British Library’s Beautiful Science exhibition on visualising science is open now, and runs until May 26th (2014). The “science” they cover is a pleasingly broad church; they have Jon Snow’s cholera map, which while being epidemiological is also considered the birth of GIS, there’s biology and climateology and all sorts. The BL is right next to Kings Cross and Euston, so if you’re visiting the old smoke, it’s definitely worth spending 20 minutes looking at exhibits drawn from their GARGANTUAN archives alongside more recent digital creations.

*see what I did there?